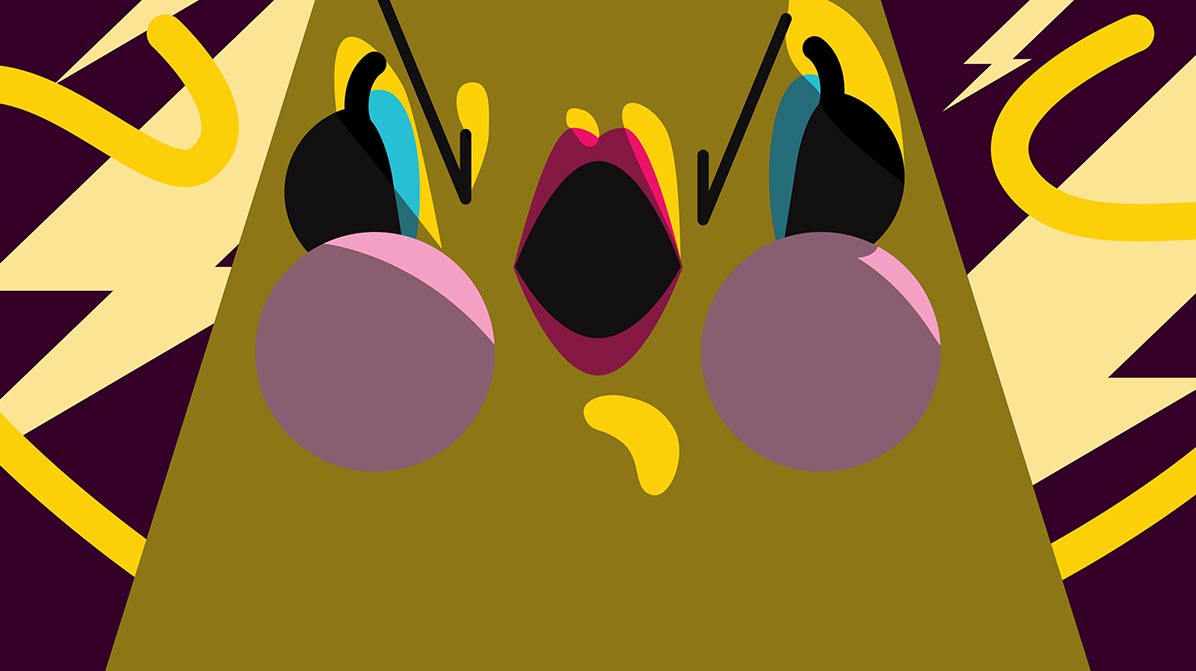 Last month we were contacted by Ways & Means, asking if we could partner up with them for a production that agency Iris was organizing for the launch of the new Samsung S8.  They were putting together a long video (roughly 2 hours) that was mostly live-action with host "T-Mobile Joe" and his guest, talking about the many new features of the S8.  It was to serve as a fun, alternative training video for T-Mobile employees that would later be selling the S8 and new accessories.  During the video segments, Joe would introduce a new cartoon episode from the series "Joe's Infinite Galaxy", and these episodes were what we were tasked with to create.

There were 8 seperate shorts,  featuring cartoon Joe and his friend, along with other supporting characters, like ex-girlfriend Carol, the Instagram Selfie-Queen, a traffic cop who thinks he's a magician, and even a brief Kanye appearance.

When we heard they were asking for almost 20 minutes of animation and the deadline was under 4 weeks away, we weren't sure what to do, but we needed to come up with some solution.  We knew we couldn't approach the animation like anything we had ever done in the past; we'd never get it done in time.  Using an asset-based system was going to be necessary; a way to setup character actions that we could repurpose, and not get bogged down with hand-drawn frame-by-frame animation.  In the past we've used ToonBoom's Harmony for 2.5D animation projects, but as we had new animators that weren't familiar with the software, we didn't have time for the steep learning curve that comes with Harmony.  A few animators preferred Adobe's Animate (or Flash as we all still call it), while other animators felt strongest in After Effects with a plug-in like Duik or Rubber Hose.  In the end, we used all of the above - whatever each animator could work most comfortably in, that would be their weapon of choice.

"We knew we couldn't approach the animation like anything we had ever done in the past; we'd never get it done in time."

Even with our strong animation team in place, getting through this amount of animation, including the necessary stages leading up to it like storyboarding, character design, and layout design, was still seeming impossible.  We still were going to need to find a way to move through dialogue scenes quicker than we ever had or knew how to.  Then I came across a feature on CartoonBrew about how The Late Show's "Cartoon Trump" was created quickly using Adobe's Character Animator software.  I'll admit, when I first saw a preview of Adobe's new software a couple years back, I thought "Gross.  That'll never be something we use."  In our pipeline, we weren't going to rig complete puppets that'd completely be manipulated through motion-control, but we realized we could use the software to create quick and simple dialogue that we would then later slap on top of our manually animated characters.  First we'd create mouth shapes for our hero character Joe, then generic mouths for other characters, and another series for characters with unique mouths like the ex-girlfriend Carol.  With our Illustrator files setup and ready to go, we'd drop in our VO dialogue that we received from Iris, let it analyze the reading, and - WA-LAH  - we had our lipsync!  Well, not quite, but it was close.  After the first pass we'd then go in and finesse the mouth shapes to read better.  Once the mouth was performing well with the dialogue, we'd render out just the mouths and hand it back to the animator to lay over their characters face. 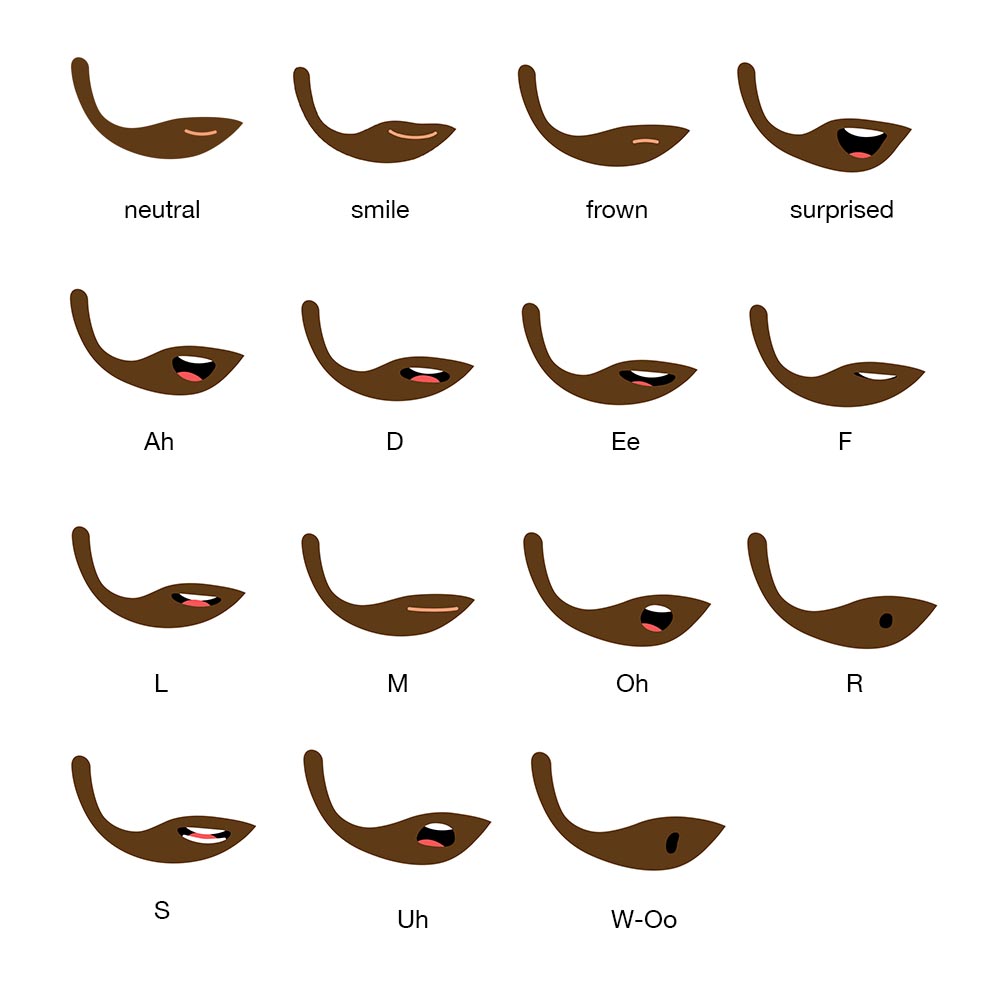 With so much of the animation in the cartoon series being dialogue, having this solution work for us was a life-saver and helped us work quicker than we ever have before, while keeping the quality up and performance entertaining.As we would complete sections of our animation we'd send it over to Brent Kiser at Unbrideld Sound to create sound design that'd pair with our actions, and what an amazing job Brent and his team did!  It was so rewarding to see these scenes come to life with the unique sounds and animation performance. 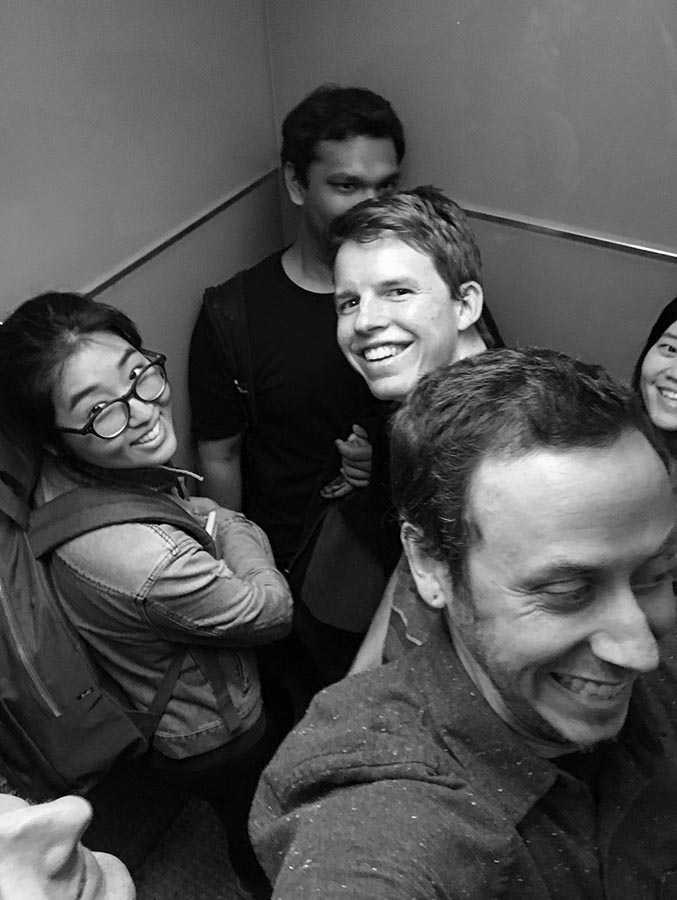 (taking turns packing our animation team into our tiny elevator)

Looking back, we really accomplished something we had never done before, and we're thrilled with the final product which wouldn't have been possible without the amazing team at Iris, Ways & Means, and Unbridled Sound - it truly was a group effort and so rad to work with so many talented people.
To see a cut-down compilation of the project jump over to our project page!